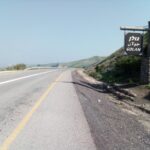 Israel–Palestine is such an extraordinary country that it is difficult to know what to say about my recent visit, under my own steam, and partly by bicycle. Jerusalem is a surreal mixture of black-hatted Jews on every street, frequently on electric bicycles or even pushing prams, and often boisterously singing rhythmic Jewish music, while very loud calls to prayer from loudspeakers on Muslim minarets boom regularly over the city, often coinciding with peals of Christian bells; hordes of tourists/pilgrims even in February were doing the rounds of the amazing amount of things to see, all in the context of the tragic division between Jews and persecuted Arabs.

It felt like a new and brash country, yet steeped in antiquity. Travelling by bicycle around Galilee again gave almost too much to digest: biblical sites heard about since childhood, and now seen to be so very different – the Vale of Jezreel with acres of lettuce in market gardens, a traffic-clogged road built up with housing all the way from Na 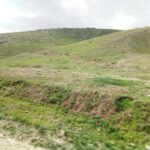 zareth to Cana, the huge seaside resort of Tiberias. My sponsored bike ride round the Sea of Galilee plonked me in place after place that had to be re-imagined – the lush green hills and beautiful flowers of the country of the Gerasenes, the watercourses and picnicking families of Bethsaida, the great wealth of first-century Capernaum, the Sea of Galilee’s piles of rocks and pebbles where you would expect a beach, and the black volcanic basalt of the buildings, giving them a rather grim appearance. Images of a lifetime are turned topsy-turvy. 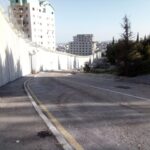 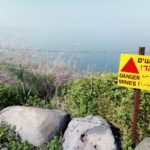 Then the sponsored bus-ride through the West Bank, with breathtaking countryside and hardly a soul to be seen except soldiers everywhere, frequent barbed wire, and the awful concrete wall built around the Arabs. President Truman had said the Jews deserved a land of their own where they could live in peace, but I’m afraid they haven’t found it and haven’t discovered the knack to produce it. You are left not knowing what to think or say, apart from offering it all up in prayer, and seeing what we can do to help this unique land find peace and justice.